The June 2022 SC and NSC exam results have been released!

If you are looking for new and updated news on June 2022 matric results, click on this link: click me

The timetable that was released earlier this year for the Matric final exams in November 2022 has been confirmed. You can view the timetable here: 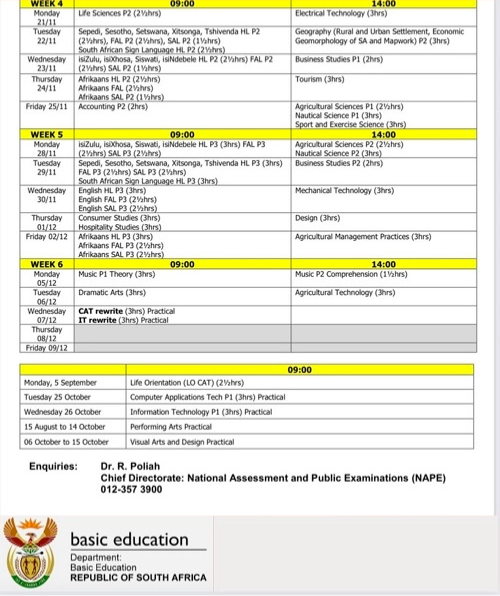 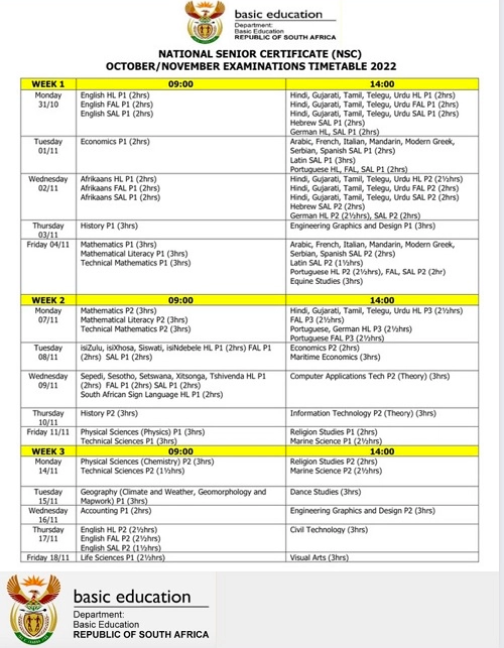 How Can I Pass Matric?

On our Matric resources site, we have a number of grade 12 past papers and memorandums for Matric exams, such as:

Our past papers range from 2008 all the way to 2021, so you have plenty of resources to choose from. We also have a wide range of learner guides for many subjects, to help you understand studying with these papers.

Here is what you will need to apply:

For all three, you need to be comfortable with distance learning, as all of these courses are offered online only.

How Do I Know If I Am Registered For A Matric Rewrite?

You will know if you are registered for a Matric Rewrite if you:

NOTE:
Always ensure that you have not missed any important information on your registration form, and contact the DBE if you are not sure whether you are registered.

Is The Matric Rewrite Registration Still Open For 2022?

Can I Rewrite My Matric In November 2022?

How Many Times Can I Rewrite Matric?

You can rewrite your Matric as many times as you like up to five years after your Matric year, as long as you are still under the age of 21.

Can I Upgrade My Matric Results?

Yes, once you are 21, you can upgrade your Matric results. You can apply as early as 19, but you must be 21 or older to write the exams, because you will write the Adult Matric exams.
You may upgrade a maximum of four subjects. You may also choose to change four of your subjects instead.

Can I Do Matric In 3 Months?

No, you cannot complete Matric in three months. Matric will take at least one year to complete, and in the case of Adult Matric, can take up to three years to complete, depending on how you spread out your six subjects. You can:

However, you can complete your Matric in three months if you are doing a Matric Rewrite, depending on when registration with the Department of Basic Education (DBE) closes. Some years it closes in March, and you will write your exams in May/June.

Can I Write My Matric Online?

What Can I Do If I Have Failed Matric?

If you have failed Matric at the end of high school, you can:

NOTE:
This will not drastically change your marks. To see the best improvement on your marks, you should consider completing a Matric Upgrade Course because you can redo the subject or subjects entirely.